What Is Compression And Why Is It Used In Music Mixing?
Skip to content 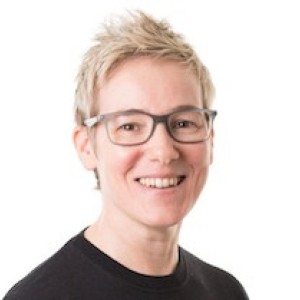 What is Compression? (Compression in Music Overview)

When I get asked, what is compression, there are loads of tutorial videos about compression to point people towards, some basic and some that show more advanced techniques but in this video, I wanted to take a step back and explain where compression came from and why we need to get a really clear understanding of what it does and how it shapes sound.

This video is more about your mindset and encouraging you to think about the sound you want, the goal before slapping on a compressor plugin and randomly switching between presets without understanding what’s happening under the hood.

So, what is a compression and what is it used for?

Well, their origins started in the 1930s and 40s when radio networks needed a way to control the audio signal in the latter part of the broadcast chain to prevent something called “overmodulation” which, to cut a long story short, can cause the transmitted signal to distort, and possibly fail.

As an added bonus, it was later used by radio engineers to control the very dynamic audio levels created by different radio presenters, music and audiences as it reduced the need for engineers to be constantly riding the faders to make audio easy to reproduce on listeners radios at home without causing damage to the broadcasting equipment by accidentally clipping, or distorting the signal.

It became a standard piece of equipment in almost every recording studio. Engineers used it to make their job of riding the faders on the console much easier, creating more consistent and impactful recordings that translated better across many sound systems.

Simply, a compressor can be thought of as an automatic fader. It’s used to reduce the dynamics of a signal that rises above a pre-defined level commonly known as the “threshold”.

Check out the video to see some DAW demonstrations about how compressors shape the sound of vocals, snare and kick drums in a mix.

Grab the free mini-guide mentioned in the video, How To Compress Vocals Like A Pro by clicking HERE

Simply Mixing is my website dedicated to helping you become a better mix engineer, with free mixing tutorials, guidebooks and advice updated every week.

Subscribe to my weekly Simply Mixing tips, exclusive subscriber tutorials and updates [HERE] for more mixing tips and tutorials to help you produce professional sounding mixes from your very own home studio.